We arrived Thursday night in Delhi after a long but uneventful flight. After staggering through the airport we were met with a huge line for passport checks - usually a daunting but fairly painless process. When we got up to the counter the man took our passports and looked at them for a good long while, then looked at our paperwork required for entry into the country, shook his head, and then began to smirk. He asked me what I was doing in India. Then he called a coworker over and said, "She says here she is staying at 'Hotel Delhi'. They chuckled, at my expense, then he got a very serious look on his face and sternly said, "There's no hotel Delhi."

"Oh sir, I can explain. You see, they made us check our carry on luggage and my itinerary is in that bag. I just meant I was staying at a hotel IN Delhi."

"You here with your son and you don't know the hotel you will stay in Delhi." More head shaking followed by some mumbles.

"Sir, I'm being picked up by a driver who is taking us to a hotel here. Like I said, I don't have my itinerary because I can't get to my luggage until you let me through."

"Oh, you being peeked up by driver and he just take you to any hotel? I need name of hotel."

I looked down and noticed that the writing on my graphic tee was ironic. "Be your own kind of amazing because something beautiful is on the horizon" - intermixed with the words on the white shirt were two huge mustard stains, compliments of the Schlotzkys sandwich I ate in the Austin airport. I sure was lookin' confident and making a lot of progress toward that beautiful horizon.

On and on the exchange ensued. He wanted information I couldn't give him. My phone wouldn't cooperate, which seemed to be my only hope at finding a confirmation of our stay and he seemed content to just let me sweat. Apparently he couldn't read my shirt through the mustard. I was in India to be my own kind of amazing and all he had to do was let me in.

I had no doubt that we would eventually get through, despite this guys power trip, but when you're as exhausted as I was that night standing there, feeling completely vulnerable and powerless, worried that your driver is going to give up and go home, it felt questionable. My prayer was simple. "Lord, take the load from me." Not long after, the silence was broken by the exaggerated sound of the passport stamp. We were in.

I write this after being in northern India for two days. Our driver said to us, "Here you only need 3 things when driving: good luck, good brakes, and good horn." Another guide said, "In America you PLAY video games. In India you LIVE the video game." Amen! It's amazing in a country like this, so full of people, animals, food, smells, colors, noises and new experiences, that someone could actually have the calmness of mind to contemplate. But that's what this country does to me. It's as if the increased chaos drives me toward more illuminating introspection, whereas at home- if two kids are talking to me at the same time and heaven forbid, the dog barks, I can't even form a coherent sentence.

This brings me to my first introspection. Loads. 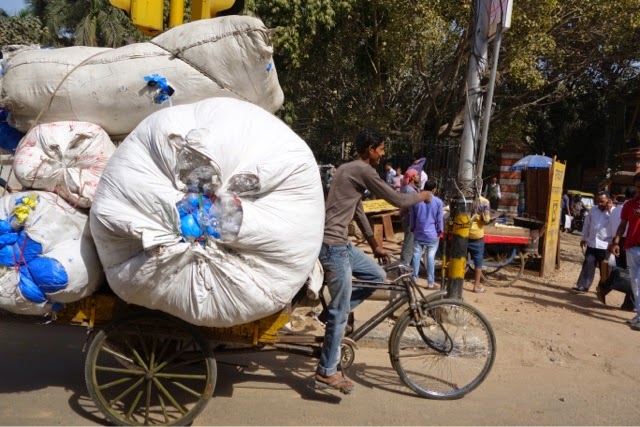 (Excuse the photography. Pics were shot from a racing car, rickety rickshaw or galloping horse) 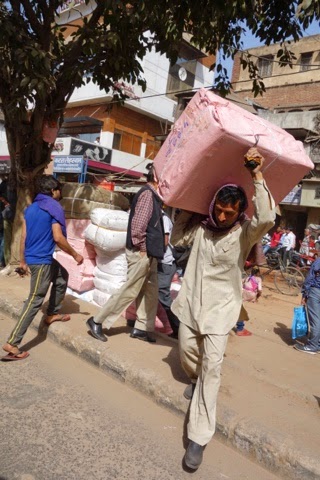 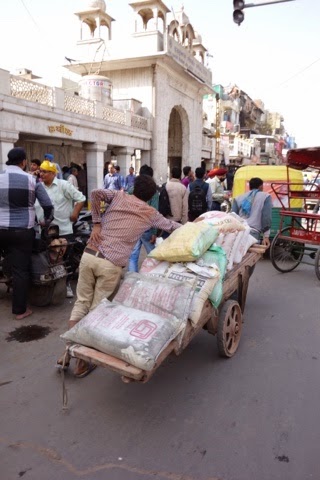 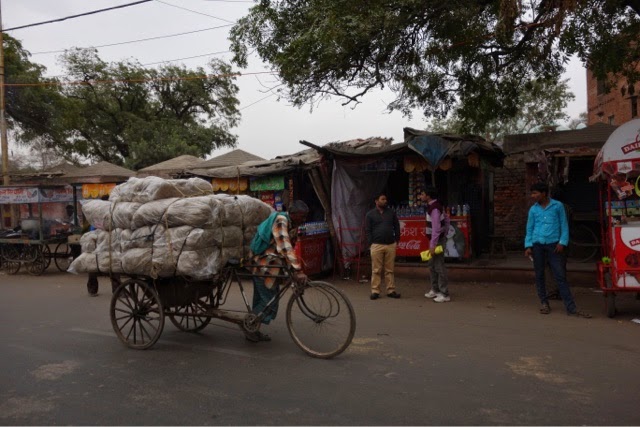 Not long ago, a leader from our church told a story about a man who bought a new 4-wheel drive truck and was so excited to put it to use, he drove up the canyon in a snowstorm to load up some firewood. At the top of the snowy climb he got himself completely stuck. All four tires spun but the truck wouldn't move. Not knowing what else to do, he decided to start chopping and loading the firewood. After his truck bed was full, he decided to give it one more try. Slowly, the truck started to move and he inched his way back on the road to home, made possible only by the load. 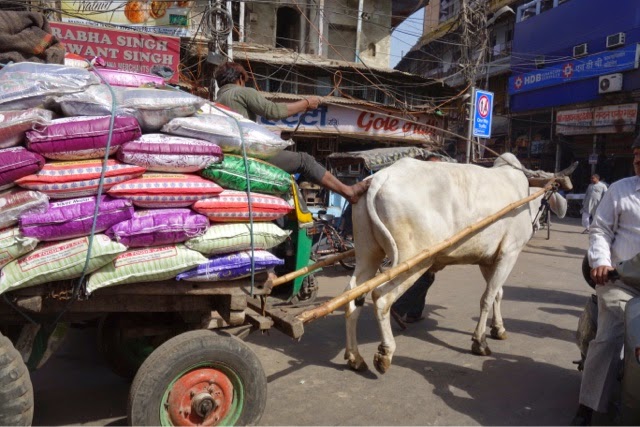 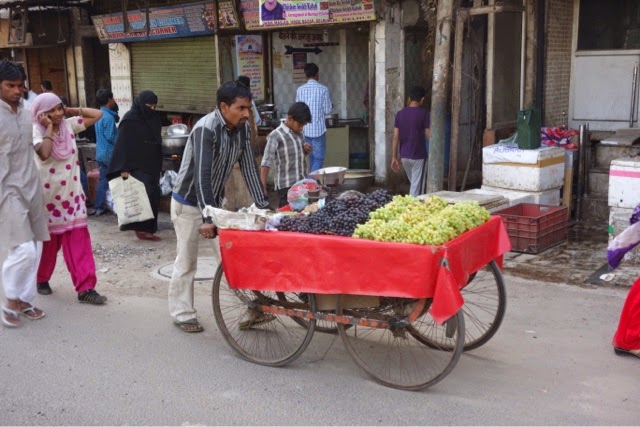 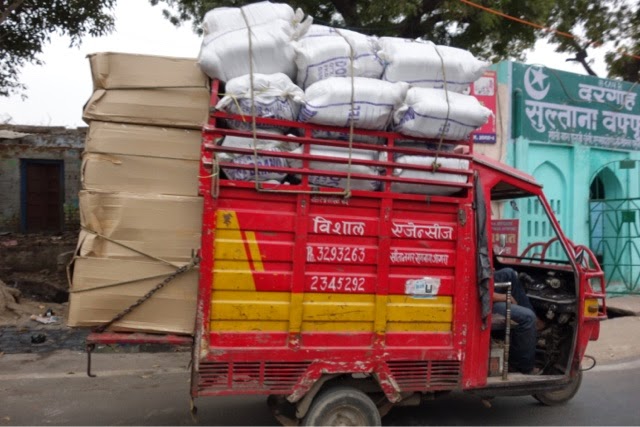 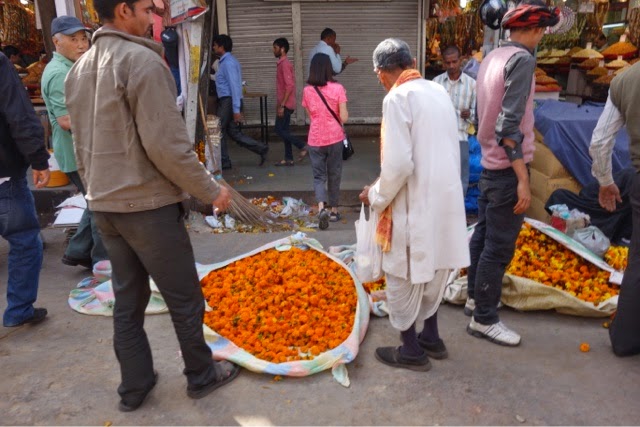 He goes on to say, "Each of us also carries a load. Our individual load is comprised of demands and opportunities, obligations and privileges, afflictions and blessings, and options and constraints. 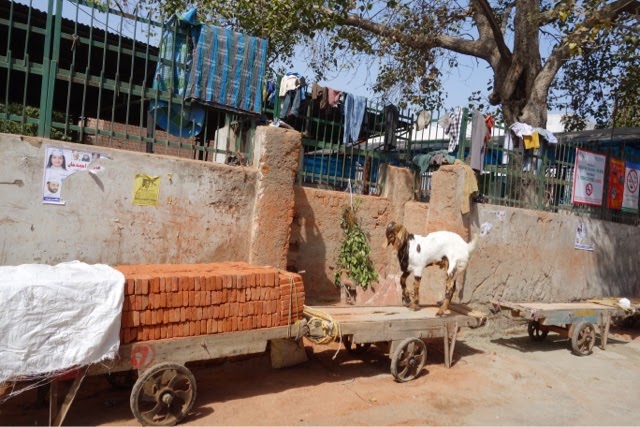 Sometimes we may mistakingly believe that happiness is the absence of a load. But bearing a load is a necessary part of God's plan for our happiness. Because our individual load needs to generate spiritual traction, we should be careful not to haul around in our lives so many nice but unnecessary things that we are distracted and diverted from the things that truly matter most." 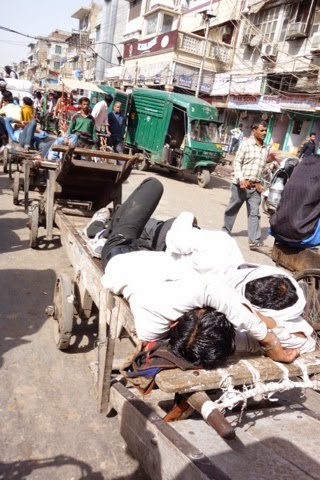 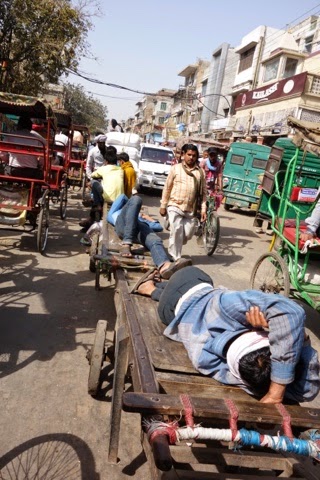 Along the road from Agra to Delhi we passed farm after farm and observed families all gathered on one single farm to help one another. It's potato harvest time. Our driver explained that all the families in the village work one field until it's complete, then they move on to the next farm. If each of them worked the same number of hours only on their individual farms, they could never accomplish what they do together. That's pretty impressive math. 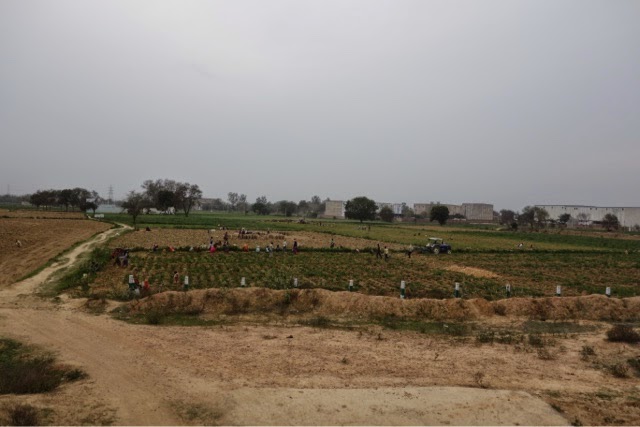 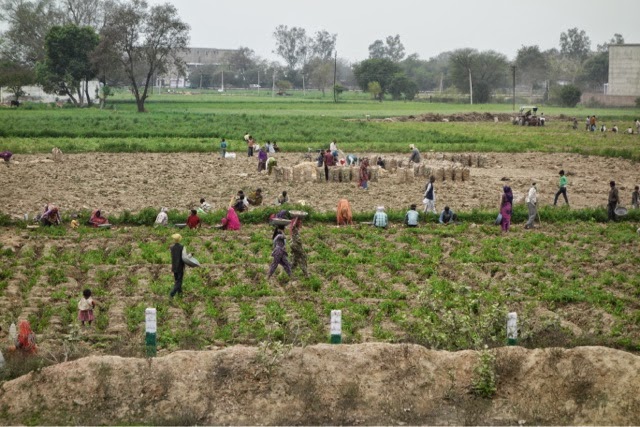 Which brings me to the other introspection I'll share today. Wires. 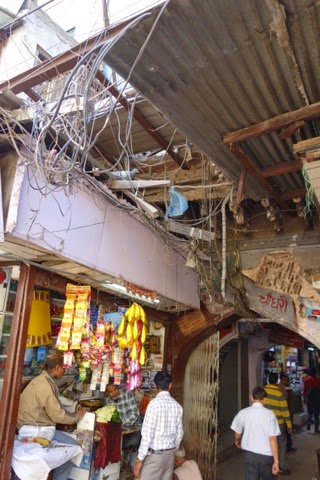 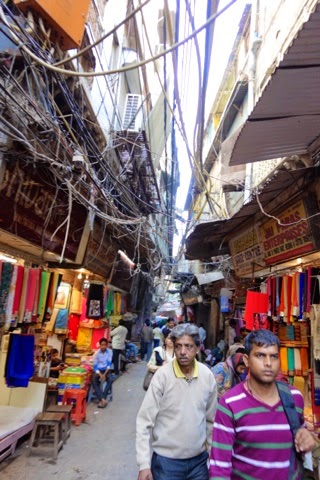 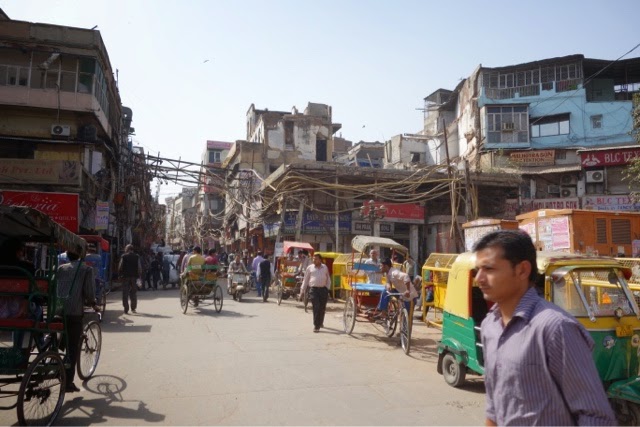 What the heck is that mess, you say? Those, my friends, are wires. What's important here is not how they're connected, just that they are connected.

"When you look at the inner workings of electrical things, you see wires. Until the current passes through them, there will be no light. That wire is you and me. The current is God. We have the power to let the current pass through us, use us, to produce the light of the world, Jesus, in us. Or we can refuse to be used and allow darkness to spread." - Mother Teresa

Beautifully said, Mother Teresa. She has a gift for illuminating the beauty and meaning in the messes of life.

We're on our final descent to Chennai. As fun as touring beautiful India has been, I'm anxious to see my friends at Rising Star. And I know you are too.

Now go out in the world and be your own kind of amazing! Maybe along your journey you'll stop to think of loads and wires too. 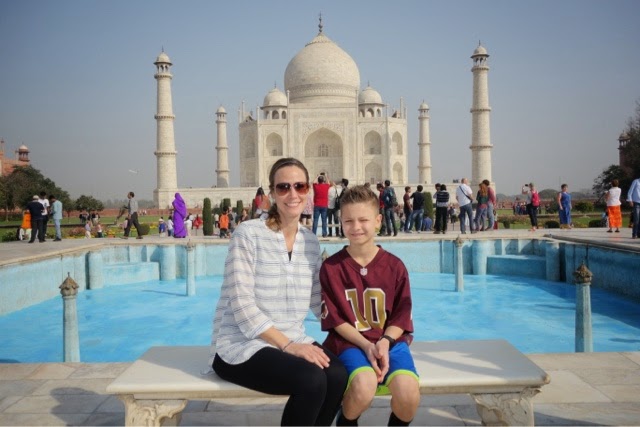 Tara
Family of six. One dog. Ten chickens. One fish. Some really bad ideas and some really good ones. You be the judge.